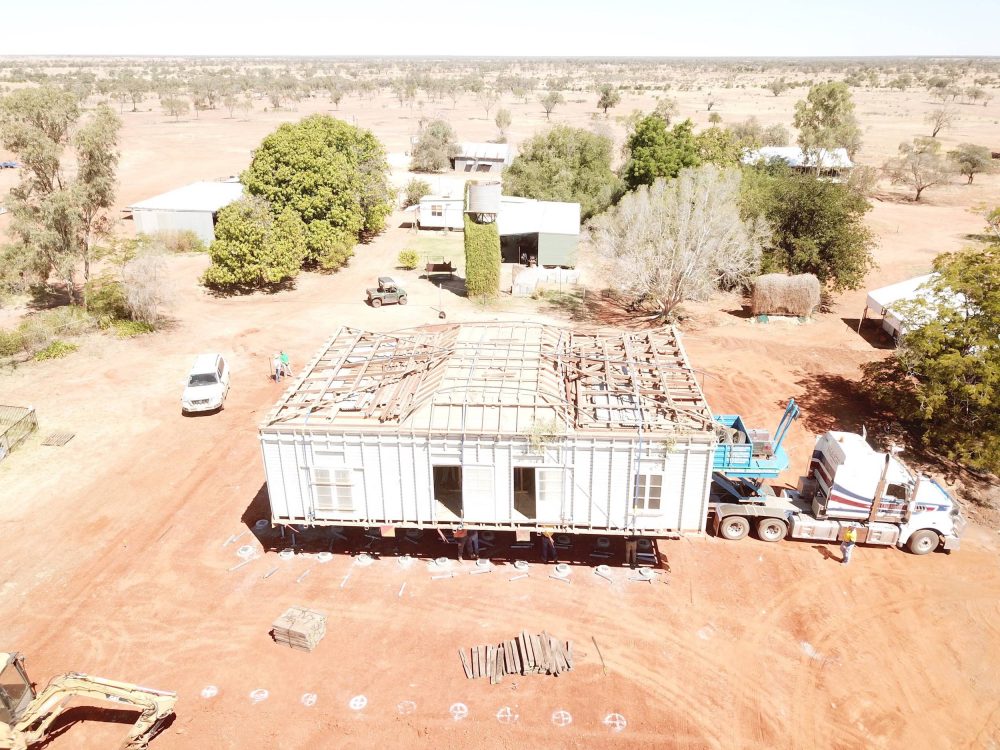 Pre-Shift – Side of House

Pre Shift – Side of House

Pre-Shift – Inside of House

Ready to Shift – On Truck

Ready to Shift – On Truck

Its not everyday Busby House Removals are able to move a hundred-year old homestead.

The Rockhampton company was contracted by Wally and Sally Cooper of Longreach, to move the four-bedroom home from ‘Aldingham’ property outside of Winton, to family property ‘Tanamera’ 50km outside of Longreach in April.

“Not having moved a house before it was very impressive to watch the Busby team separate and move this beautiful, very large old house with such precision and professionalism,” Sally said.

The homestead is replacing the family home tragically burnt to the ground, on the morning of 16 June, 2018.Thankfully the family were in Longreach for the kids’ sports activities that morning.

‘Tanamera’s’ original homestead had been in Wally’s family for about 20 years, and the building was about 60 years old.

Wally and Sally have been living in temporary accommodation on the property since the fire.

The homestead from ‘Aldingham’ was moved to Winton from Charters Towers by train in the early 1900’s.

At its new location on ‘Tanamera’, Sally and Wally will breathe new life into the ‘old lady’ with new verandahs and an extension on the back.

“We will be keeping the same integrity of the house in the renovations, and in the roof line,” Sally said.

Despite delays, renovations have begun this week and the family of four are very excited for their new home to be completed.